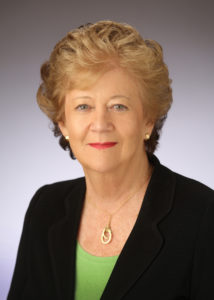 Cecilia Tonsing is a 4th generation descendent of a pioneer California Ranching family and readily accepted the Chief Development Officer position with expectations of building on CRT’s success in preserving more California rangeland for today and future generations. She is a career professional in the field of nonprofit management, specializing in philanthropy. Her experiences include national Fund Development leadership for Operation Homefront (serving military families and wounded warriors), state wide experience as the Executive Director of the CA State Parks Foundation while most of her career has been spent regionally in healthcare administration and fund development.  During her years with the Seattle WA based Sister of Providence Healthcare System she was the peer-elected Chair of the Chief Development Officers Council for the System’s 20 hospitals on the West Coast. In her years with Sutter Health she worked throughout northern California, including more than a decade as President and CEO of St. Luke’s Hospital Foundation in San Francisco.

Ms. Tonsing is a Fellow (“FAHP”) in the Association for Healthcare Philanthropy (“AHP”) and is also a Certified Fund Raising Executive (“CFRE”) with the Association of Fundraising Professionals (“AFP”).  She has served on the editorial advisory board for Advancing Philanthropy, AFP’s professional journal and oftenas  an instructor for AFP Advanced Courses.

Ms. Tonsing was recognized by Leadership California as one of the top 100 California women in business, government, and academia. She has been appointed by 3 different Governors to a bipartisan commission addressing the need to preserve California’s heritage. During her 15 years as a State Commissioner, she was elected Chair by her peers for 11 consecutive years when she worked hand-in-glove with California’s Secretary of State to create and fund a model state Archives and Museum in the state Capitol, Sacramento.

Ms. Tonsing holds a bachelor’s degree, with a double major in sociology and psychology, from Holy Names University in Oakland and a Master’s in Public Administration degree from California State University East Bay.  She also completed the Stanford University Graduate School of Business’s Executive Program in residence in Palo Alto, CA.  She remains an active Stanford Business School participant, most recently joining in her group’s 2015 program in Berlin and 2013 program in Bangalore, India.

Ms. Tonsing has lectured and spoken at several colleges and graduate schools, including the University of San Francisco, the California State Universities at San Francisco and East Bay, Stanford University, Saybrook University, and Golden Gate University, on topics related to philanthropy, organizational development and business management.

Married to attorney Michael J. Tonsing, Sr., Ms. Tonsing has 2 adult children and 3 grandchildren.  She holds dual citizenship, in the USA and in Ireland.